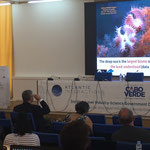 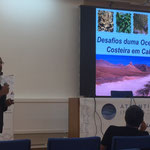 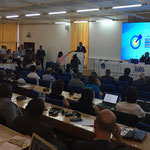 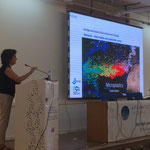 Atlantic Interactions www.atlanticinteractions.org a new intergovernmental initiative to unleash the potential of the Atlantic for Society. This new intergovernmental initiative will be implemented through the Atlantic International Research Center (AIR Center). Since 2016, a series of workshops were held in a number of cities, mobilising governments, researchers and entrepreneurs worldwide, towards the development of a new science and technology agenda for an integrative approach to the Atlantic.

Among many presenters, ECOCV partners prof. Rui Freitas (UniCV, Cabo Verde) and Dr. Pedro Afonso (University of Azores, Portugal) talked about the uniqueness of biodiversity and specificity of oceanography in Cabo Verde as well as the need for the long-term cooperation within the region.